Knowing where to start with 3D Sex Games might be a little overwhelming when you first start. Not because it’s hard to find a 3D Sex Game, but because finding one that fits your experience needs may not be as easy as you would like.

For many years, I have been an avid player of online games, spending most of the past 12 years playing MMORPGs. I enjoy World of Warcraft and Guild Wars 2 and so on like a lot of gamers, but there were times I wanted something else, something that was like those games but sex-based.

So as you may have guessed, I went in search of sex games I could play online. I don’t remember what my first google search was, but I know that it pulled up some options and the hunt was on.

In this post, I’m not going to cover all of the online 3D sex games on the market, but I will talk about what kinds of games are on the market. And put them in some easy to understand categories.

To better assist you in finding your happy place I will also be placing links throughout this post that will take you to the game I am sharing, to another site, or post that can better explain a concept if needed.

Okay, now that you know what this post is about and what to expect let’s get started!

What Kind of 3D Sex Game Experience are you looking for?

So one of the things I have learned in my exploration of online 3D sex games is that they come in a wide variety and keep advancing in their sophistication.

When looking into online games, there are three main things I take into consideration.

Just because they are online 3D sex games doesn’t mean my considerations change.

What Are Your 3D Sex Game Options?

Well, just like regular online interactive games, 3D Sex Games come in a variety of genres that we have come to know and love. But for this purpose of this post series, I’m going to stick with what I refer to as the big three. And those are as follows.

I know some of you may look at the last two and think that single player and simulator are the same things but they are not as I will further explain as we go.

In case you are new to gaming, MMORPG stands for Massively Multiplayer Online Role-Playing Game. In short, it’s a role-playing game with a bunch of people online at the same time playing together in a persistent virtual world. And what’s cool is they make 3D sex versions of this style of gameplay also known as MMOVSG.

Massively Multiplayer Online Virtual Sex Games (MMOVSG) are computer games that primarily deal with some aspect of sex or sexuality by the simulation of sexual intercourse between two or more player characters who interact with one another within a virtual world.

If you are looking for a large scale MMOVSG then Red Light Center might be the first place you start. No matter what kind of sexual fantasy you have more than likely you will be able to find some version of it inside of this game.

Rather than trying to explain the sex play available in this game, let’s watch a video!

If you would like to explore Red Light Center a little more follow this link to start your journey.

This game is free to download and play. If you like what you find there you can always spend a little money and really open up the game experience for yourself.

As for devices, it is available for Windows XP/Vista/7/8/10

Here is one more video from Red Light Center.

One of these days I will get around to writing a review.

Until that time just know it’s a really great game and I highly recommend it.

One of the things you will notice about 3DXChat right away are the stunning visuals. This game is not as large in scale in terms of locations you can visit, but that does not take away from the game at all.

To give you an idea of what I am talking about here is a short video.

3DXChat has a lot to offer for 3D Sex play and social life. It’s a really great 3D Sex Game to get started with and again I highly recommend giving it a shot.

To start playing this game membership is required. And it is available to play on Windows XP/Vista/7/8/10 computer systems. To learn more or to get started in 3DXChat, just click here.

Our final stop in the MMOVSG category is Chathouse 3D Roulette, also called Chathouse 3D for short. This game is one of many games put out by ThriXXX Games. And it’s Free to Download and play!

To play Chathouse 3D, you don’t download and install like a lot of other games. Instead, you download the ThrilXXX game launcher, and once you have the game launcher installed you use that, and it works like a browser-based game.

Another thing that makes this game a little different is it’s not an open world game. You pick a location you want to enter, and from there, you move around and meet people.

By now you should know I’m not just going to explain this game. You guessed it! I have a video for you!

To learn more about this game or to just get started head on over to their website. Here is the link!

We have covered a lot of ground when it comes to 3D Sex Games. And hopefully, you have learned a few things to assist you on your exploration of 3D Sex games.

There are other multiplayer games out there like Sociolotron, Yareel, and others but I am sticking with these three above because I think they are some of the better options available in 2019.

To stir the pot just a little I would also include Second Life in this category, but the thing about that game is it’s not intended to be an MMOSVG. But there are elements of that game that can make it feel like an MMOSVG. Because of the complexity of Second Life, I am going to save that for a different post.

If you haven’t had a chance to check out these games yet, this is a great time to check them out.

Here are the quick link to them again.

In part 2 of this series we will start to look at single player 3D Sex Games.

If you don’t want to wait for me to publish part 2, don’t worry. I have started a list of 3D Sex Games on the market. You can find that list HERE.

If you are interested, I will be starting a subscriber newsletter.

And don’t worry, I won’t be constantly mailing. And if you ever want to unsubscribe it’s as easy as one click of the button. 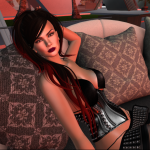 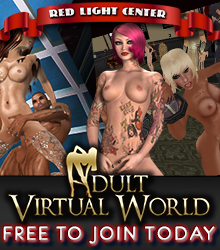 You may have missed

2 years ago Goddess Lynxxx
We use cookies to ensure that we give you the best experience on our website. If you continue to use this site we will assume that you are happy with it.OkCookie Privacy policy